Welcome back to UpTech Report’s series on AI. This video is part of our deep-dive interview series where we share the wealth of knowledge given by one of our panel of experts in the field of artificial intelligence.

In this episode, we continue our conversation with Alicia Klinefelter, research scientist for NVIDIA. Alicia is an expert in her field. She has a PhD in electrical engineering from the University of Virginia. Since joining NVIDIA, her focus has turned more towards high-performance hardware, including machine learning circuits and systems.

In this episode, Alicia discusses AI use by some of the biggest brands we know.

Alexander Ferguson 0:00
Welcome back to UpTech Report series on AI. In this episode, we continue our conversation with Alicia Klinefelter. Research Scientist for Nvidia. Alicia, an expert in her field has a PhD in electrical engineering. And since joining Nvidia, her focus has turned more towards high performance hardware, including machine learning circuits and systems. In this episode, we ask Alicia, how are some of the biggest brands around using artificial intelligence without us even realizing it?

Alicia Klinefelter 0:30
You know, I think things like image classification in our everyday life that exist on Facebook, or word recognition and classification that exists on a Google search, or even the ability for your phone to be able to learn on the fly like characteristics of your voice, that it can identify something you’re saying better compared to somebody else. I think you know, those types of learning applications that exist right now that we use every day, I realized that a lot of people don’t realize that we’re, it’s actually machine learning or AI happening in the moment. And you know, those are, those are really interesting, I think. And those are kind of examples of what we call supervised learning where you know, you basically give a machine data, in the case of your phone, learning about your voice, it constantly hear samples of your voice. And over time, it kind of learns, like, oh, here are the little idiosyncrasies of that person’s voice. So I’m going to kind of, you know, adapt my algorithm to fit them specifically. But I think a lot of the interesting applications that are coming up are in this class of unsupervised learning algorithms, it’s kind of this cutting edge class of algorithms, where you actually are telling a machine to learn on its own, you’re not really giving it examples of data to learn from, you’re kind of you’re giving it this kind of kind of a goal to meet in terms of accuracy. And then you say, learn on your own. And I think those class of algorithms are really going to be at the cutting edge.

Alexander Ferguson 1:52
Are you aware of any new major tech devices that are incorporating dedicated hardware for artificial intelligence?

Alicia Klinefelter 2:01
I mean, I know they usually keep a lot of their ICS under wraps. But recently, it’s become pretty clear that they have integrated some special purpose hardware into their I think they’re a 10 processor for doing machine learning specific workloads. And you’re kind of even, you know, with Nvidia, you know, we have our GPU lines. And we’re we’re also adding dedicated accelerators within our GPUs to handle specific machine learning workloads. And that’s public. So that’s okay. But yeah, so. So I think it’s definitely we’re starting to see a lot of companies, even if they have general purpose processors, finding ways to kind of integrate those types of accelerators into the kind of the standard flow,

Alexander Ferguson 2:44
we’ve been hearing a lot about devices like Alexa, that are making people agitated because of data security, with machine learning, at the edge help improve data security.

Alicia Klinefelter 2:54
Alexa is a great example. And is it’s definitely an edge device. But you know, it’s it’s a, an interesting edge device, because it’s actually connected to mains power. So you know, it’s not necessarily battery operated. You know, it is it is power limited, basically, by, you know, the connection to the wall, of course, but I think, you know, it does give you a lot of flexibility there if you really wanted to beef up security, and basically do all of your inference locally, essentially, without having to go out and come back in. But yeah, it does help.

Alicia Klinefelter 3:31
There’s, there’s a couple of interesting examples on Facebook, I can touch on, you know, there’s, I know, I don’t work for Facebook, of course, but I know that there’s a couple of, you know, simple examples of, you know, if it’s something as simple as, you know, tagging somebody in a photo and doing facial recognition, for example, or if it has examples of other people, it has examples of one person’s face, you know, it makes it a lot easier to train a network to basically identify that face in another context, you know, so that would be a good image recognition task that, you know, something like Facebook could use. And it’s very simple. But I think one of the interesting examples that has come up as of recent, that, you know, people have been debating how to use is, you know, Facebook has these people, they’re basically filters for all the negative content that goes through Facebook, they basically flag any photos that might be obscene, or, you know, however you would like to describe it. And there’s human beings behind, you know, doing that identification, you know, looking at photos that might be quite disturbing. So, you know, a lot of people have asked, like, is this a good application of machine learning? You know, can we train a machine to actually do this recognition of obscene content, and there’s all these kind of ethical concerns, and you know, other issues that exist? You know, of course, if you wanted to create training data for this network, you would still have to have humans in the loop to identify obscene images, you’re not really able to remove the human from that process. But you know, I think there’s a lot of interesting examples like that that exist within many machine learning. And I’m sure Facebook is really looking into ways to solve that last one in particular, since that’s more of an ethics concern for them. But yeah, I mean, besides that, there’s lots of, I guess, simpler examples of, you know, how they use machine learning. And I actually think the biggest way that they do use it is actually through advertisements. It’s not necessarily through, you know, the things we think about what Facebook actually does, in terms of how it’s advertised to us as users. But you know, usually, I mean, some of their biggest revenue sources are really from targeting advertisements. So if you can learn about somebody’s behavior online, if you can learn, you know, even what they like to click on, on various websites, what they like to search for on Google, you know, anything you can learn from people that in terms of data, they will allow you to have even what they and their friends are talking about, um, you know, you can pretty much take that data, and, you know, basically use it to very specifically target ads towards them and kind of optimize your revenue on Facebook. And I think, you know, I think that’s actually one of the biggest applications. And I think it’s not just Facebook, you know, anyone who’s getting revenue from advertisements is definitely utilizing machine learnings. And so it’s a Yeah, it’s a it’s a very lucrative business for that.

Alexander Ferguson 6:14
But what are your thoughts on the concept of data being the currency of machine learning?

Alicia Klinefelter 6:21
Yeah, a lot of people kind of like you’re saying, they’ll talk about the currency of machine learning being data. And you know, that Google is the king, you know, because they have data on everybody on everything. So, so, you know, I definitely believe that to be true. And, you know, that’s why Facebook, I mean, not to get political or weird. I mean, that is why, you know, they kind of got caught up in the scandal, you know, with Cambridge Analytica is because data data is really valuable. And that’s kind of the reality of it. And I think people are starting to realize that it’s kind of the next thing to protect, because it’s really because it’s this currency. It’s because companies really can take your data and you know, make money off of it. And it’s what feeds a lot of these algorithms for training.

Alexander Ferguson 7:01
That concludes the audio version of this episode. To see the original and more visit our UpTech Report YouTube channel. If you know a tech company, we should interview, you can nominate them at UpTech report.com. Or if you just prefer to listen, make sure you subscribe to this series on Apple podcasts, Spotify or your favorite podcasting app. 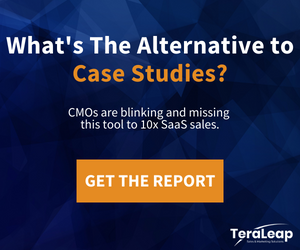